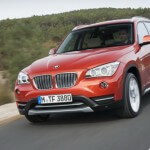 The X1 is the newest addition to BMW’s crossover lineup and it is also the smallest. The subcompact premium crossover segment is a new one in the U.S. Although new to the US market, the BMW X1 has been on sale in Europe for more than three years. The 2013 BMW X1 is a Sports Activity Vehicle (SAV) that combines a useful passenger package with the driving dynamics like all BMWs.

The modifications to the design of the new 2013 BMW X1 interior create a more vivid showcase of the sporty driving pleasure and cutting-edge versatility. The side of the center console is now shallower and boasts a particularly high-grade surface quality. This highlights the driver-focused principle of the cockpit design. The panel for the sound and climate system controls now has a high-gloss black surface to match the air vent surround.

The 2013 BMW X1 sDrive 28i and xDrive 28i are powered by the newest turbocharged 2.0-liter inline-4 BMW’s engine that produces 240 hp and 260 lb-ft of torque. This TwinPower Turbo engine is the most powerful in a new generation of 4-cylinder engines and it is designed in accordance with the BMW Efficient Dynamics strategy. An eight-speed automatic transmission is standard for this engine. The EPA mileage estimates for 2013 BMW x1 with 2.0-liter engine are 24 mpg city / 33 mpg highway for rear-wheel drive model and 22 mpg city/ 30 mpg highway for AWD.

The 2013 BMW X1 xDrive 35i comes with a turbocharged 3.0-liter 6-cylinder engine that produces 300 hp and 300 lb-ft of torque. This TwinPower Turbo with VALVETRONIC engine is exclusive to the North American market and it is mated with a 6-speed Steptronic automatic transmission. EPA mileage estimates for this BMW X1 model are 18 mpg city and 27 mpg highway.

Check our image gallery for the all-new 2013 BMW X1 photos. 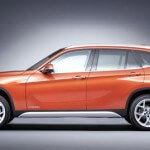 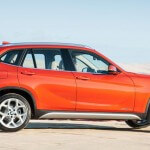 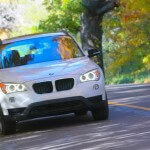 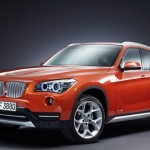 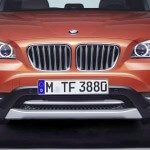 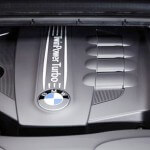 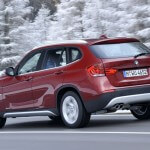 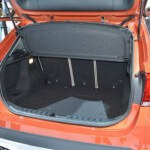 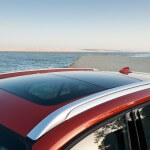 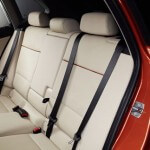 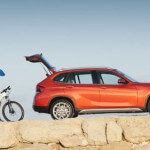 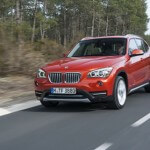 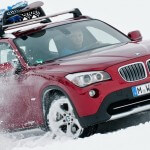 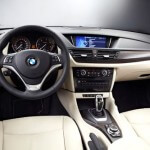 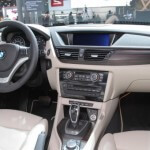 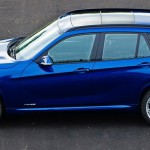