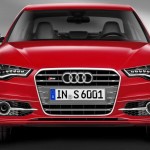 The all-new 2013 Audi S6 is the sport-refined version of the new Audi A6 and comes with a more powerful and fuel-efficient engine, air suspension, upgraded brakes, high-performance tires and an interior that is characterized by sporty elegance. The rivals of new Audi S6 are BMW 5 Series, Jaguar XF, Mercedes-Benz E-Class and Infiniti M56.

The 2013 Audi S6 comes with a number of packages. The Innovation package includes adaptive cruise control, night vision assist, power-folding sideview mirrors, a head-up display and lane departure warning. The Driver Assistance package includes side blind-zone warning and Pre-Sense Plus, which alerts the driver if a potential collision is detected. The Comfort Seating package features passenger memory settings and front seats with ventilation and massaging function.

The interior of new 2013 Audi S6 is elegant and sporty. The S6 sport seats are embassed with the S6 logo and connect the driver and passengers to the car and wrap them in Valcona leather with diamond stitching. The illuminated door still trims and both displays (Audi MMI and Driver Information System) greet the driver with a S6 logo. The footrest, the pedals and the shift keys of the MMI operating system shine in an aluminum-look finish.

The all-new 2013 Audi S6 is powered by the new twin-turbo 4.0 TFSI engine. This 4.0-liter V8 engine delivers 420 hp and 406 lb-ft of torque and it is mated with a dual-clutch seven-speed Stronic transmission. The 2013 Audi S6 is offered only with a quatro permanent all-wheel drive system. The fuel economy of 2013 Audi S6 is estimated at 17 mpg city /27 mpg highway.

You can see some photos of 2013 Audi S6 in our image gallery. 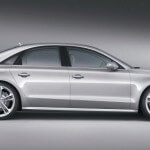 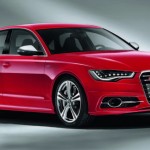 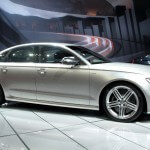 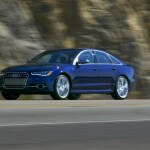 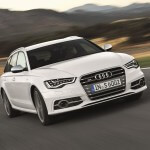 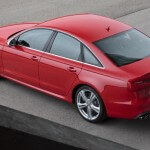 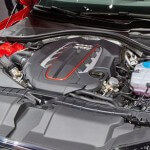 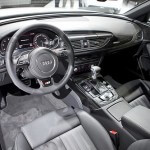 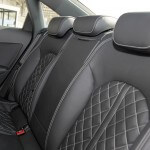 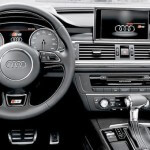 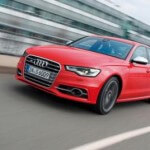 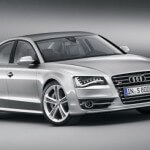 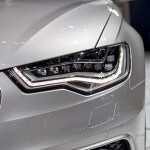 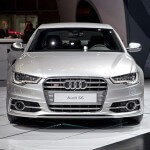 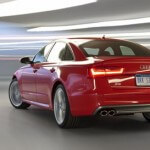 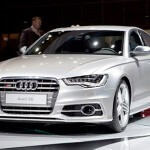