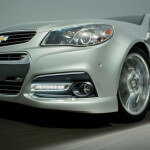 The 2014 Chevrolet SS sedan is an all-new model and also is the first rear-wheel-drive sedan offered by Chevrolet in 17 years. This sports sedan competes with Ford Taurus SHO, Chrysler 300C SRT8, Hyundai Genesis and Dodge Charger SRT8. The new SS shares its platform (named Zeta) with the Australian-built rear-drive Holden Commodore and it is a refined and more aggressively version of the Chevrolet Caprice PPV (Police Pursuit Vehicle) that is sold for police fleets.

This muscle-car is powered by a 415-horsepower, 6.2-liter V8 engine (same engine from the Camaro) that generates 384 pound-feet of torque. This engine is paired with a 6-speed automatic transmission with shift paddles mounted behind the steering wheel. Chevrolet estimates the SS sedan accelerates from zero to 60 mph in five seconds.

Check our image gallery for the 2014 Chevrolet SS sedan photos. 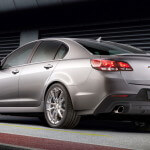 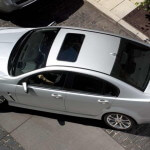 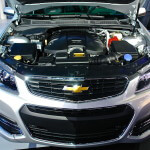 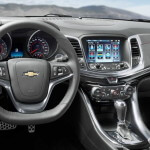 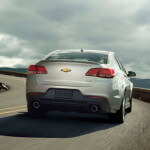 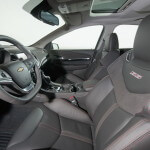 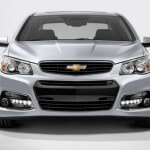 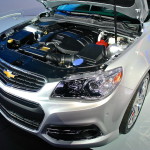 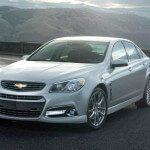