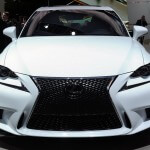 Lexus has set that the new 2014 Lexus IS to become a serious competitor to its luxury German rivals, like Mercedes-Benz, Audi and BMW. The completely redesigned Lexus IS sedan aims to be not only a luxury car, but also one of the most dynamic sedan in its class.

The wheelbase of 2014 Lexus IS has increased with 2.7 inches and the length has increased with 3.6 inches. The increases add some welcome leg room in the back. The larger unibody of the new IS is lighter than its predecessor but it is also more rigid, thanks to application of high-tensile steel and aluminum. The suspension of the new 2014 Lexus IS is reworked with new control arms and anti-roll bar mounts in front and offset springs and shocks in the rear.

With a new “spindle grille” in the front, with angular and expressive lines around the front end, lean and graceful curves down the sides and rear, the new 2014 Lexus IS looks different from any previous model. The improvements to the interior also are noticeable, with a more coherent and modern design that the last model. A 7-inch display with revised navigation functionality and Lexus-first electrostatic climate control switches adds contemporary flair. For improved control and comfort, driver and passenger hip points have been lowered, as has the steering wheel’s tilt angle.

Check our image gallery for the 2014 Lexus IS photos. 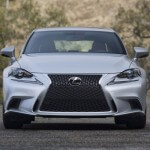 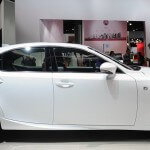 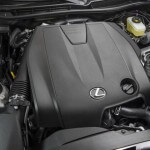 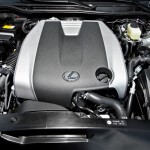 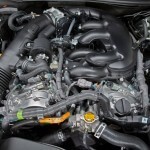 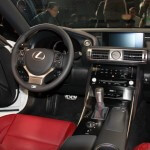 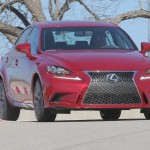 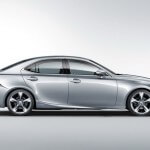 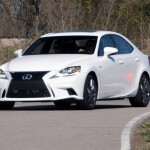 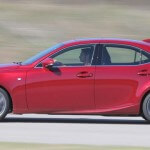 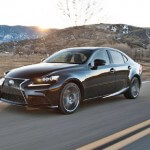 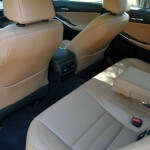 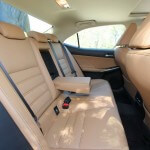 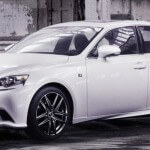 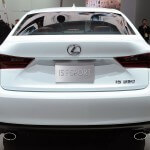 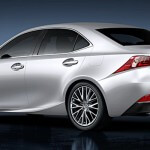 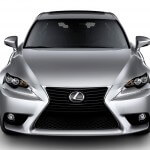 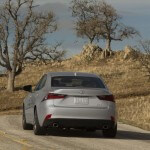 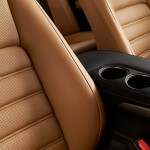 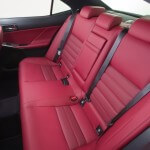 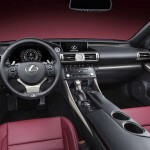 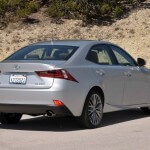