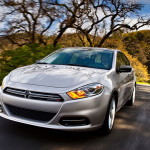 The 2014 Dodge Dart is the first product of joint Fiat-Chrysler and it is based on the Alfa Romeo Giulietta platform. “Dart” is the name of a successful Dodge’s compact of the 1960s and 70s. The Dart is now Dodge’s first offering in the compact sedan segment since the Neon was discontinued in 2005. The new Dodge Dart has an attractive interior made with a blend of soft-touch and hard plastic surface that are well-constructed. Front seats are supportive and there is an ample space in the back. The new Dart also offers a comfortable ride, a responsive handling and well-weighted steering. The 2014 Dart competes with the Kia Forte, Mazda3, Ford Focus, Chevy Cruze and Honda Civic.

The 2014 Dodge Dart SE comes with a 2.0-liter 16-valve four-cylinder engine (Tigershark) that produces 160 horsepower and 148 pound-feet of torque. This engine is paired with a 6-speed manual transmission. A six-speed automatic transmission is optional.

The Dart Aero comes with a turbocharged 1.4-liter four-cylinder Multiair engine that produces 160 hp and 184 lb-ft of torque. The 6-speed manual transmission is standard while a 6-speed Dual Dry Clutch Automated transmission is available.

The Dodge Dart proves that Chrysler hasn’t lost its design mojo, and that Fiat’s stewardship is a positive arrangement. Attractive, roomy, comfortable, and handsomely turned out within, it also has an exceptionally solid feel, with above average road manners. Attractive pricing and an array of optional goodies make the Dart a compelling choice among sport compacts.

You can see 2014 Dart’s photos in our image gallery: 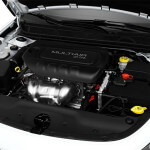 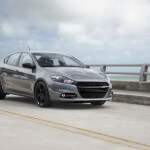 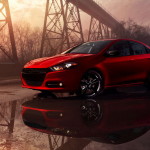 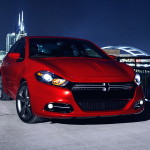 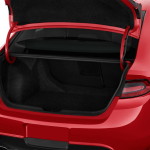 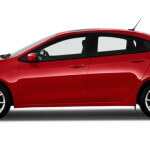 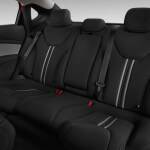 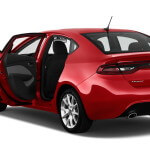 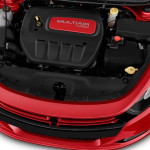 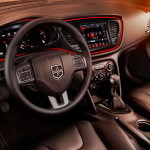 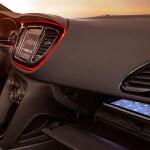 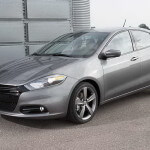 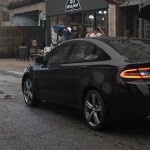 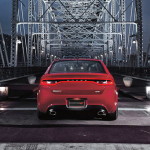