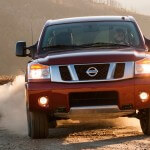 The 2013 Nissan Titan has seating for up to six people and comes with two body styles: the Crew Cab (that is a conventional four-door cofiguration and offers a choice of long or short cargo beds) and the King Cab (that has rearward-opening rear doors). The Crew Cab is available in S, SV, PRO-4X and SL trim levels. The King Cab is available in S, SV and PRO-4X trim levels. The Nissan Titan PRO-4X models are available only with all-wheel-drive while all the others offer a choice of two- or four-wheel drive.

The Titan’s updates for 2013 include standard step rails on SV and SL models, a new aerodynamic rear spoiler, a new optional wheels, a standard 120-volt outlet on SL models and a four-spoke steering wheel (that replaces the three-spoke design). The 2013 Nissan Titan is powered by a powerful 5.6-liter DOHC Endurance V8 engine that produces 317 hp and 385 lb-ft of torque. All 2013 Titan models come standard with a 5-speed automatic transmission.

You can see some photos of the new 2013 Nissan Titan in our image gallery. 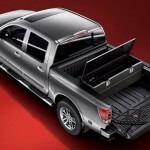 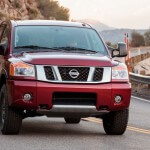 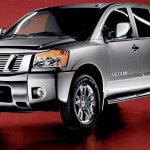 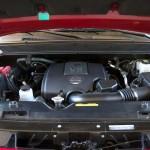 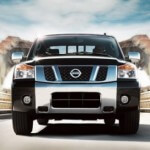 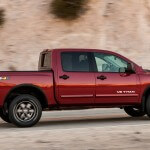 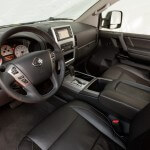 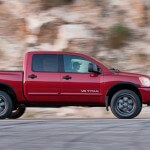 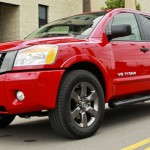 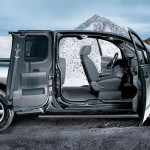 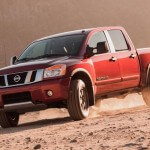 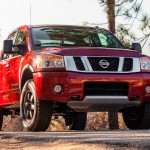