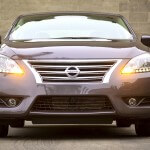 Nissan recently unveiled the new 2013 Nissan Sentra, which received a new engine, a complete exterior overhaud and new interior design. Compared with the previous generation, the new 2013 Nissan Sentra offers a 0.6-inch longer wheelbase (106.3 inches) and a 2.3-inch longer overall length (182.1 inches). The front overhang is shorter and the rear overhang extended. It is slightly lower in height (-0.6 inches ) and narrower in width ( -1.2 inches) and the coefficient of drag has been significantly reduced to 0.29 from the previous 0.34.

The 2013 Nissan Sentra adopts Nissan’s new front grille with a chrome surround and horizontal bars ( already known from the new Altima models). The new 2013 Sentra has received a more refined, modern and elegant exterior look. The new Sentra comes with standard LED headlights and taillights. It is the only sedan in the compact segment to offer them as standard equipment.

The 2013 Nissan Sentra comes with a high-quality interior design, with materials not usually found in compact vehicles, including driver’s door, armrest, soft-touch instrument panel and available Maple wood-tone trim. Rear seat legroom of 37.4 inches is among the largest in class. The rear seat is a standard 60/40 split folding design, offering acces to the 15.1 cubic feet of trunk space (2.0 cubic feet larger than he 2012 Sentra trunk).

The all models of new 2013 Nissan Sentra comes with a new 1.8-liter DOHC 4-cylinder engine with Continuously Variable Timing Control (CVTC) system. This engine produces 130 hp and 128 lb-ft of torque. The Sentra S comes standard with a six-speed manual transmission while the other models come with a new-generation Xtronic CVT. Nissan says that the FE+ (Fuel Economy plus) models will get 40 mpg on the highway. 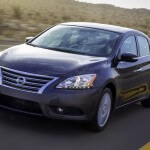 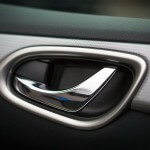 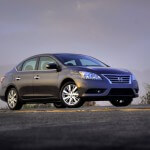 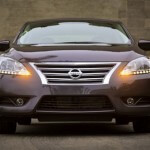 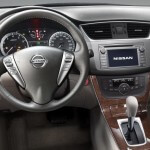 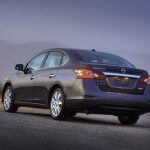 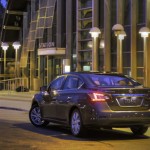 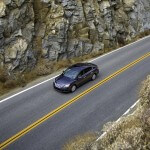 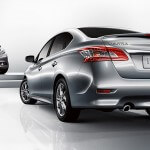 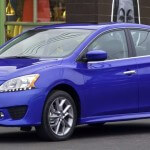 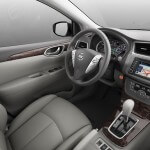 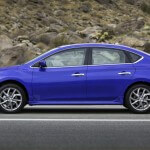 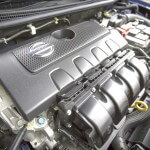 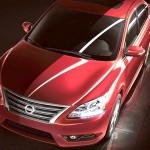 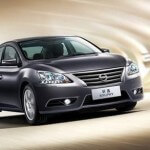 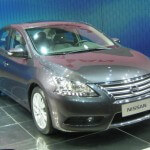